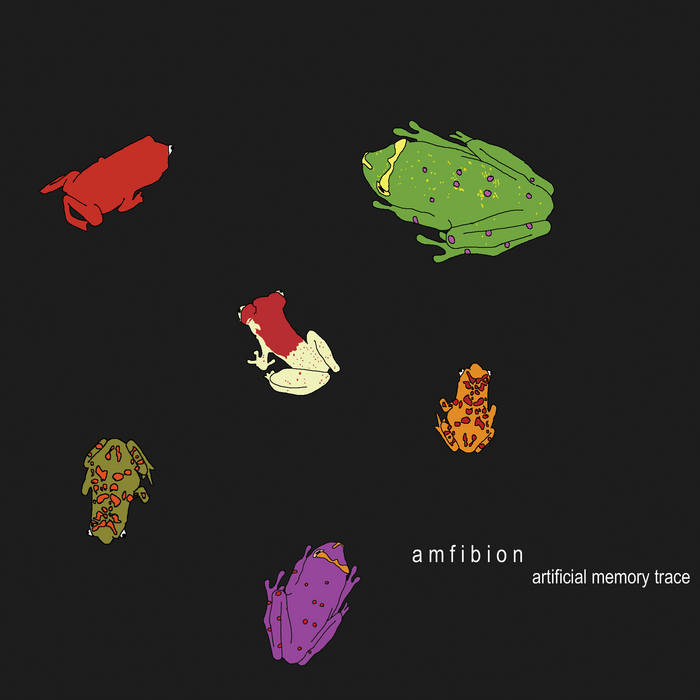 Amfibion takes the listener into a rich, bizarre and disorienting world, a biological melting pot of the uncanny, the bewildering and the awe inspiring.

Comprised of treated field recordings of frogs taken during excursions in the Brazilian Amazon from 2007 to 2011, Amfibion is largely based on mating songs, and Artificial Memory Trace treats them in a manner which underlines the humid fecundity of this ecological wonderland.

These pieces froth and foam, drip and slide from crashing crescendo to an eerie throb in the blink of an eye. There are croaks, shimmers, pulses and drones, sounds come together suddenly, and end just as abruptly.

The sound world of Amfibion is a complex one, a place where life, death and reproduction intermingle like frog calls in the night, without beginning, or end.