by Compilation of Iranian experimental music 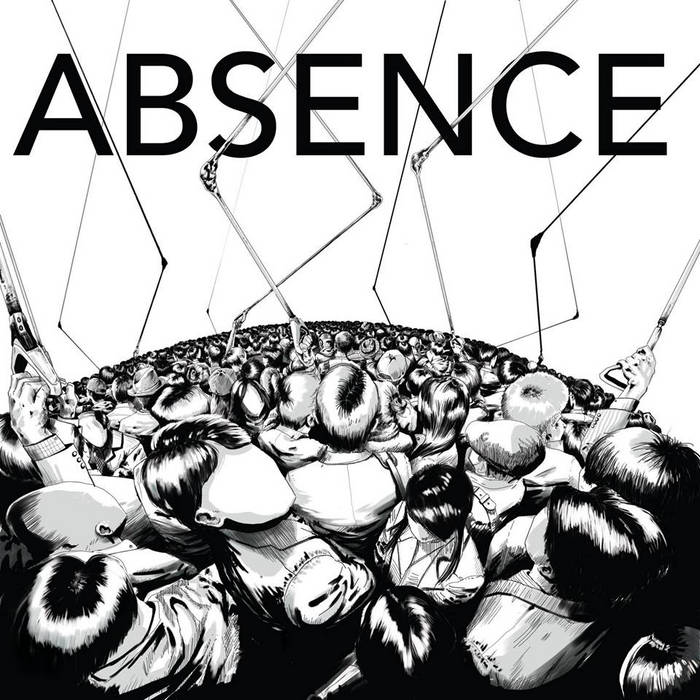 JCrua Truly amazing and beautiful work. I'm here to help send what I believe is an urgent message. I can hear you - absent no more.

Ken Goodey I was browsing the experimental section on BC; looking for something dark & doom-laden; dipping in and out of a few releases, and found this one. While not particularly dark, this collection is interesting throughout and very beautiful in places. The twelve tracks cover ambient, trip-hop and various dance music styles and is an enjoyable listen all the way through. I like to support underground/indie artists and I'm glad I bought this. Favorite track: Fading Shadows Of Dusk - Siavash Amini.

Faced with the task of writing about artists from Iran it is tempting to oversimplify and go with the easiest way to address them -- the way most western media has always treated art coming not just from Iran but from middle east in general. This approach places artists exclusively within the political context presented by the mainstream media, and only shows you the day-to-day politics of governments in the region. This biased approach means artists' works are only interpreted in relation to a reduced conception of the political context. By seeing things this way you only have a handful of artists addressing certain issues with enough exaggeration to be newsworthy.

It would be terrifyingly ignorant to think that day-to-day politics in Iran has no impact on artists, but on the other hand it is too simplistic to see the wide range of artistic practices of Iranians though this narrow context.

The tracks collected for this compilation are a perfect example of art that is not "newsworthy". And in this way they act as a gateway to the ignored and overlooked landscape of experimental electronic music in Iran. It is helpful to listen to all of the pieces in this compilation in contrast to the established language of what is now an Iranian musical mainstream. This Iranian mainstream is not that disconnected from the global mainstream, and the philosophy, politics and the lifestyle this manifests. The mainstream in Iran is not only what the government endorses but it also consists of very shallow imitations of various musical genres, cleared of any signs of cultural or political resistance, backed and released by private labels and companies.

The artists presented here, including myself, are people who are constructing our musical language as part of our lives – a project which is no less of an experiment than the music itself. We are the voices who choose to be absent from the news and the musical mainstream (and in some cases from the city of our birth) in order to express the complex range of emotions and ideas which make up our lives, as honestly as we can.

What is the good of this absence? An endless world of exploration and experimentation, a life of vast possibilities and new forms of cultural and political resistance.

"Absence is both a strong album and I think certainly a real contribution to its goal of more conscious cultural exchange with the Middle East..."
Dwight Pavlovic for DECODER
www.secretdecoder.net/reviews/2016/02/16/va-absence/

"What follows in ‘Absence’ is a cornucopia of eclectic, ambient, even transitory sounds build by a whole host of talented artists. Ideas blossom, bringing the year of planning, design, and wonderful curation by Arash Akbari to life in the most intriguing and triumphant of ways. Forged from a freedom to envisage and experiment, it’s a wonder to hear the full expanding scale of Iran’s music world come to life." ANTHEM REVIEW
www.anthemreview.net/post/138853699231/flaming-pines-arash-akbari-absence-you-can

"Deserving particular mention are the tracks by Pouya Pour-Amin and Shaahin Saba/Dipole, which are notable, respectively, for the complex links between thick layers of noise and for the gradual evolution of a decompressed environmental naturalism; more names that deserve to be discovered, at the bottom of an intriguing sonic postcard from Tehran."
(Very approximately translated from the original italian)
MUSIC WON'T SAVE YOU
musicwontsaveyou.com/2016/02/08/absence/

"It all starts in a plaintive tone with Siavash Amini ’s nostalgic Fading Shadows of Dusk. Layers of tape hiss and static gradually surrender to acoustic instruments that speak of longing and heartache. The ambient textures of Arash Akbari and Idlefon give way midthrough the album to the more digital concoctions of Bescolour and Sote, who create their own idiosyncratic worlds of blips and pulses. The disintegrating tape loops of Pouya Pour-Amin on Exterior Wash, a track originally composed for a short film by Jaber Ramrzani, reinstate a degree of lo-fi fragility while ambient textures return with Tegh after the restrained and brooding tones of Pouya Ehsaei's Roc Rast #12. Parsa Jamshidi, one half of the electronic duo Eatingchildren, delivers an effective drone with nncdraG, that derails towards to the end, while the sadness generated by Shaahin Saba/Dipole loops is undermined by buried beats. It is left to Umchunga to deliver the epic finale with the 10 minute long RS. Tellingly, it starts in a deceptively serene way only to acquire an increasingly abrasive tinge, suggesting that nothing is ever quite what is seems."
by Gianmarco Del Re for FLUID RADIO
www.fluid-radio.co.uk/2016/02/absence/

"The spiritual spaces fleshed out in these pieces often seem to speak of hope and loss– there is a poignancy and sense of purpose here that is not always present in ambient music.
This deeply textural, melodically captivating collection will not leave my memory soon. I hope you will give it your time as soon as you can."

All pieces by listed artists.
Curated by Arash Akbari
Mastered by Jason Corder
Artwork by Amir B. Ashrafzadeh