by Simon Whetham and Broken Chip 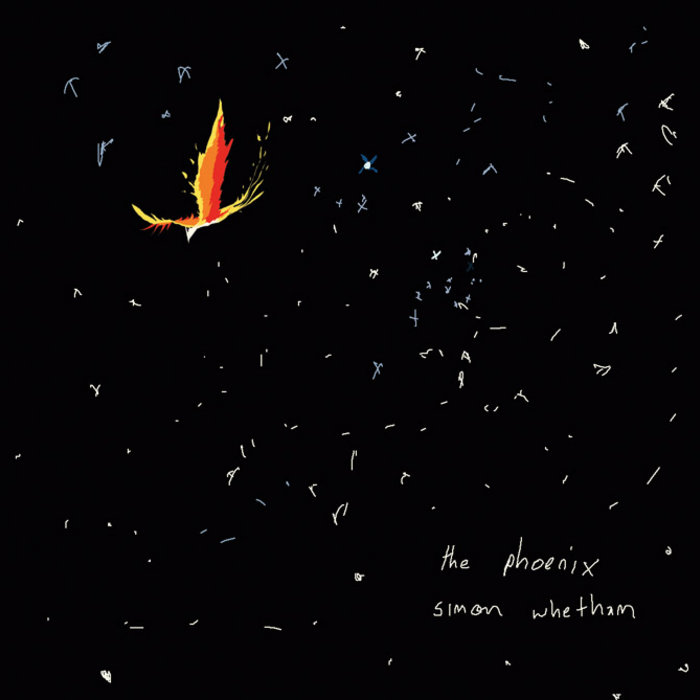 From the mighty phoenix to the humble pigeon, the next two Birds of a Feather EPs celebrate two very different types of birds.

The shy Wonga Pigeon and the mythical Phoenix capture the imagination for very different reasons.

For Simon Whetham the phoenix, a potent symbol of rebirth and renewal, offers the perfect metaphor for the construction of his own sonic pieces, mined as they are from recordings now lost in time.

His piece, based on field recordings taken from Phoenix Island in Cambodia, is both grand and humble, evoking gong calls and footsteps, rainfall and family gatherings.

For Broken Chip a chance encounter with a mystery bird led to a profound fascination, as he developed his own mythology of just what type of feathered creature he had encountered.

The Wonga Pigeon charts this mysterious encounter, in the process becoming Broken Chip’s ode to his resident pigeon.
Birds of a Feather is an ongoing series released by Flaming Pines. These EPs are also available as a three inch CD at www.flamingpines.com

"The delicate strains of processed acoustic piano add to the languorous character of the material, a move that imbues its gentle undulations with an Eno-like quality. Close your eyes and you might end up visualizing yourself on the shores of an Australian beach on a peaceful summer's day, with the sound of gentle surf mingling with the faint cries of birds and piano notes drifting from an open window. The Wonga Pigeon is probably about as peaceful as this series gets." -- Textura on The Wonga Pigeon by Broken Chip

"Anyone familiar with Whetham's work knows how well-crafted it is and how effectively he threads elements into smoothly sequenced wholes. Needless to say, The Phoenix is characterized by the same qualities." -- Textura on The Phoenix by Simon Whetham

"We move like pilgrims from inside to outside and back inside again, through insect susurration thick as curtains and wildlife calls and a poignant, twice-recurring violin, past lapping water on a ramshacke cart and on toward the big and small bells of a very real temple and the folks within." Igloo Mag on The Phoenix by Simon Whetham

"The affinity he feels with the bird is wrapped in the most flowingly ambient of the compositions reviewed here, very much in the spirit of Brian Eno and Harold Budd’s famous duets. The briefest of all four as well, its fleeting presence leaves the same kind of profound impression I presume the bird made on Broken Chip." Igloo Mag on The Phoenix by Broken Chip.

"It is a highly engaging piece. The segment with meditative gongs and chimes is joined by distant bustle and sonic errata. The gongs continue as we pass men working with hammers and other tools, indicating that, despite the beautiful surroundings, this is a busy place where quiet comes at a premium cost." A Closer Listen on The Phoenix by Simon Whetham

"The sound interplay is rich, with many ambient touches exchanging focus. Broken Chip keeps it simple, as if trying not to disturb the bird up on the branch. In listening, you can imagine yourself taking the slowest of steps in trying to approach it. Or drifting off to sleep in the sun dappled hammock below." A Closer Listen on The Wonga Pigeon by Broken Chip.