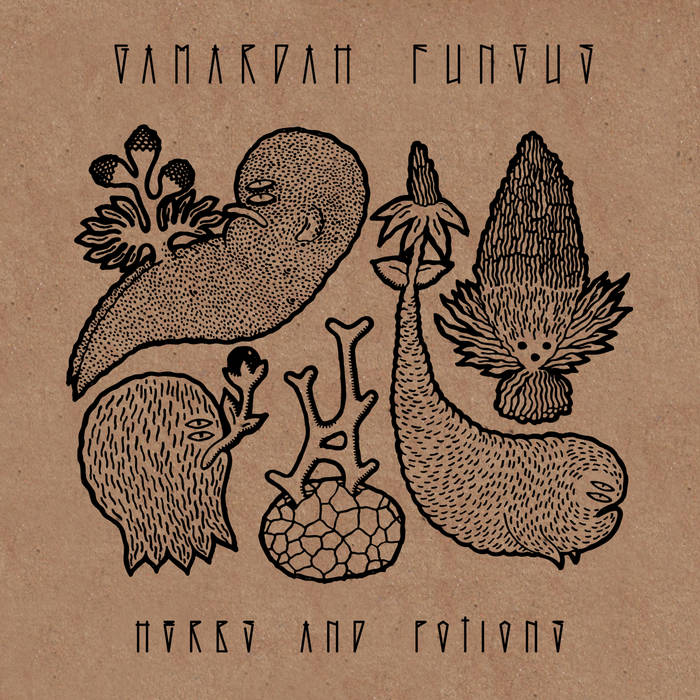 Ukrainian band Gamardah Fungus turned to the herbal healing practices of their grandparents for inspiration in creating their new album Herbs and Potions.

Centred on folklore, and traditional knowledges of both the virtuous and dangerous properties of plants, this is an album brimming with mystery and reverence for the past.

Each track is named for a herb which can both heal and harm, and was recorded during live in sessions in the forests of western Ukraine.

From the gentle fronds of Artemisia to the curling tendrils of Bryophyta, and the halting menace of Mandragora, Herbs and Potions dwells in places both dark, and exhilarating, whispering of fading arts and lost connections.

It is part love letter, part lament for a time gone by.

About the band:
Gamardah Fungus comprise sound designer Igor Yalivec and guitarist Sergey Yagoda. The duo formed in 2009 in Dnipropetrovsk, Ukraine. The band's name refers to a substance made according to ancient recipes of natural herbs and minerals to help you open your mind to the universe. Not a drug, but an elixir of wisdom.
gamardahfungus.bandcamp.com