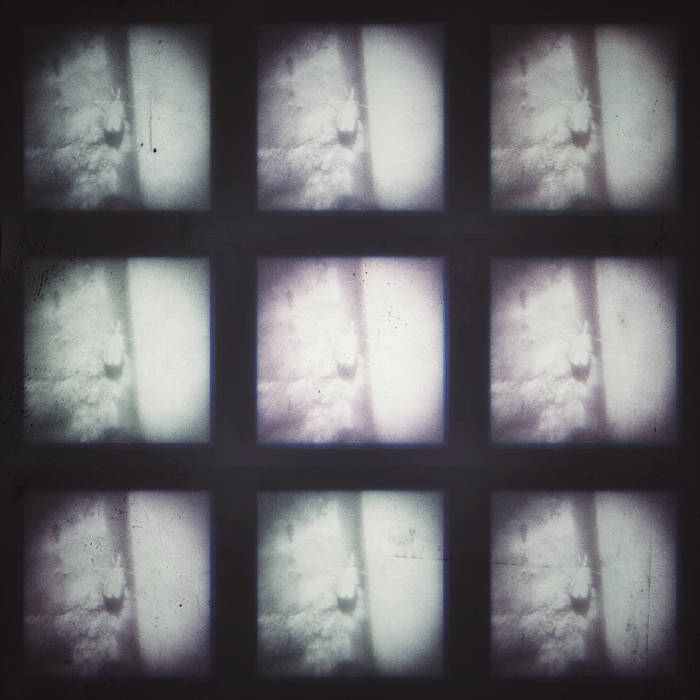 James A. McDermid It's hard to find the words to describe the sheer magnitude of emotion and breathtaking creativity on display here; a work of deep and connective lines running through more than just nostalgia. It's a rich feeling of both aching melancholy and of heavy personal absence. So unique and so special that it simply wouldn't exist had Whettman Chelmets not made it.

spicyinvalid What a rich experience Whettman C. delivers on this release! As always –for me at least – it takes a a keen and dedicated listen to sift and lift out the complex treasure beneath the subtle tapestry of the rare, shifting ambient sand of WC's art. However, as always (again) it is well worth the attentive listen as I am rewarded with an overwhelming appreciation of the mastery of one reclusive composer from Joplin MS. And finally, I pray that he is recovering well from his loss. Shalom! Favorite track: Where We Met. We Married Right Out of School..

"You can feel loss and despair in these 13 reverential, nearly-hymnal tracks, but the sense of hopefulness is even greater. Chelmets transforms the finality of his grandmother’s life into something regenerative." ---- Marc Masters picks Joan as one Bandcamp's best experimental releases in March.

This profoundly moving album is made entirely from samples of the gospel music Whettman Chelmets and his family played to his grandmother Joan in her last days of life. Drawn from this private space filled with both sound and grief, it is a reflection on change, death and transformation.
--------------------
From Whettman:

"My grandmother lived to be 89 years old. And had a really good run for 84 of those. My grandfather died when I was young and my grandmother, after declaring bankruptcy on a store they ran together, picked herself up, reflected and ultimately created a vibrant life for herself volunteering at a local senior citizens center, helping with cooking and setting up bingo games and just was all around a very social person with many friends and many that loved her.

Her downturn came abruptly and for the most random of reasons. She was using the walking track to keep in shape and noticed a spider crawling along the track. Without thinking, she stepped on it. This step caused her back to break. She spent some time in the hospital healing and recuperating, but healthwise, this really started her decline. She became more forgetful, she began to regress into this rebellious teenager. It ultimately fell upon my mother to take care of her, and she tried the best she could. My grandmother’s last few months were spent in a nursing home. She was admitted a little before the pandemic started and about a month in, all visitation was locked down to protect the residents. We were able to communicate with phones but this proved more and more difficult as time went on.

Months went by and we were able to arrange to see her through a window for a face to face visit. She recognized us and conveyed to us how much pain she was in. It was a short visit and her mind drifted elsewhere quickly, but she knew it was us. She had seen us, and we saw her. Two days later she slipped into a sleep. Physicians knew it was just a matter of time. We were able to arrange a private room separated from the rest of the residents to spend her final days with her. She never drifted back into consciousness, but she made expressions through her eyes fluttering underneath her closed lids. She squeezed our hands intermittently. We talked, my mother and I and one of my uncles. We talked about life and shared memories, and I played her a lot of music that she listened to. My grandmother’s house was always filled with gospel music. She really loved Cristy Lane and Andy Williams so this was played quietly to her a lot in this time.

When she passed, there was a surge of activity from her that we had not seen at all previously. She opened her eyes and appeared to have her gaze fixed upon something, but it wasn’t any of us. I’m not ever sure exactly what she saw, but she passed on shortly after that.

These recordings came about as a reflection of those last few days with a woman who shaped me and took care of me and in a lot of ways was a second mother to me. It is not a reflection on her life, but a reflection on her journey as I saw it taking place those last few days. In that regard, it’s a release about all of us, and the things we all encounter as we shuffle off this mortal coil. I reflected on my own spirituality quite a bit during this time, and these recordings reflect that kind of Western/Eastern metaphysical intermediate place between whatever is next. The music is drawn from my grandmother’s favorite songs. The album comes from a burst of 6 weeks and was arranged for a year afterwards. In many ways, it feels like it was written by other forces.

The album cover is a white moth that was at the door as we waited for the orderly to let us into the private room we shared with my grandmother in her last days of life. White moths have a spiritual significance in many cultures, and often reflect transformation and death. I do not believe in fate, but I am a firm believer in synchronicity and paying attention when such events take place."

Recorded between September and November, 2020.

About Whettman:
Known for his unique sampling, textural soundscapes and emotionally honest practice Whettman's work has been heralded by Bandcamp, A Closer Listen and The Quietus among many other outlets. He is based in Missouri. More: whettmanchelmets.bandcamp.com