Paint your lips while singing your favourite pop song 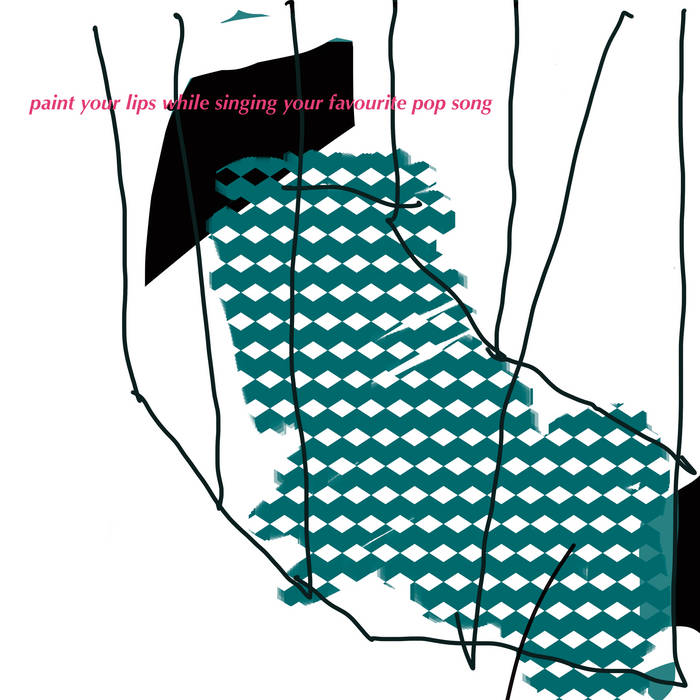 "Some tracks bloom from simple texts into intricately layered tapestries, others hang steady in sparse quietude." Vanessa Auge for The Wire.
--------------

"I write scores to get into conversation with human and more than human things, while staying by myself. I use words to trigger an exchange that includes, beyond words, the doing, listening and sounding to and with things. My starting point is private and intimate, quiet mainly if not mute, and felt rather than heard. From there the speaking of words expands the feeling into doing, which as listening and sounding takes a contingent shape that meets that of others and other things, listening and sounding too. Thus on the basis of odd and private imaginations I start to make a shared racket and a space of things that narrate their own instructions.

For this album I used the format of the text-score to invite eight artists into such conversations. I asked them to read my words as instructions for the making of sounds, so that their making of sounds could challenge those words and the possibility of instruction: crossing them out and going beyond a literal demand. In response, the artists pulled on letters and stretched their sense of time and space, until they mean as sound; and the works produced do not generate interpretations but materialisations: odd things done and conjured in the performance of words rather than their reference. Thus they generate from ears with hands what might sound if instructions are performed rather than obeyed." -- Salomé Voegelin
-------------------------------------
About Salomé Voegelin
Salomé Voegelin is an artist and writer who works with sound’s relational capacities to practice possibilities of the undisciplined, and to look for the transversal in its fuzzy geographies. She writes essays and text-scores for performance and publication. Books include Sonic Possible Worlds (2014/21) The Political Possibility of Sound (2018) and Listening to Noise and Silence (2010).Her latest book ‘The Political Possibility of Sound’, Bloomsbury 2018, articulates a politics that includes creativity and invention and imagines transformation and collaboration as the basis of our living together. Voegelin’s practice engages in participatory, collective and communal approaches and uncurates curatorial conventions through performance. She is a Professor of Sound at the London College of Communication, University of the Arts London and currently represents the Professorship Klangkunst in den Kunstwissenschaften at the University of Art Braunschweig.
More: www.salomevoegelin.net