The End Of The World Has Already Happened 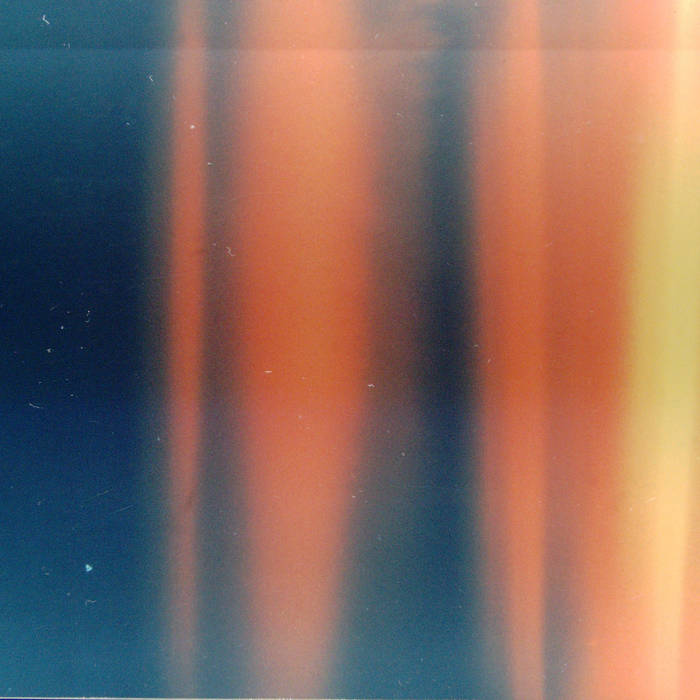 "Tamed fire and tamed sound were hallmarks of progress and modernity. But now the land roars like a freight train and the people can't breathe. These tracks are a reflection on the unfinished business that arises from our troubled colonial and environmental history." Lite Fails.

This album is composed from archival recordings uncovered during composer Henry Reese's (Lite Fails) research into Australia's early colonial soundscapes. He writes: "Researching the cultural history of sound recording, I am constantly struck by the comparisons that early Australian listeners made between fire and the surface noise of phonograph cylinder records. In the 1890s and 1900s, the pops, crackles and imperfections of the new medium struck early listeners as similar to the daily presence of fire, heat and power."

Lite Fails is based in Brisbane, Australia.

-------------------------------
Full release notes below:
I made this album over a weekend as the Australian bushfire catastrophe unfolded like a nightmare. Like many friends and family members, I was safe but restless in Brisbane. Two events provoked me. A dear friend was evacuated from the Upper Murray. Meanwhile the Australian government actively sought to deny any link between climate change and bushfire. Everyone is affected.

This is a personal reflection on the bushfires, inspired by my historical research. Researching the cultural history of sound recording, I am constantly struck by the comparisons that early Australian listeners made between fire and the surface noise of phonograph cylinder records. In the 1890s and 1900s, the pops, crackles and imperfections of the new medium struck early listeners as similar to the daily presence of fire, heat and power. Tamed fire and tamed sound were hallmarks of progress and modernity. But now the land roars like a freight train and the people can't breathe.

These tracks are a reflection on the unfinished business that arises from our troubled colonial and environmental history. The ingredients are simple. This music is made from sampled and processed archival audio from the 1890s and early 1900s, collected during my history PhD project, 'Colonial Soundscapes,' the first cultural history of early sound recording in Australia. The quaint, jaunty pop music and vaudeville of the past is slowed and distorted, transformed into musical syrup or sap. An audio reconstruction of a colonial battle; a comedy sketch taking place in a fire station; a nationalistic hymn; sentimental Victorian heart songs — this ideological source material is disenchanted, twisted out of shape, read against the grain. Surface noise and natural sound are allowed to blend and twine into each another. I added field recordings made in unburnt bushland in Cape Hillsborough, Tamborine National Park and Ashgrove, Queensland, in December 2019 and January 2020. This album is an elegy to all that is lost in the fires. It is also one artist's attempt to create something meaningful at a time in which many of us don't know how to help.

In making this album, I was thinking about the fire regime that has caused the bushfire catastrophe — the imported and destructive attitudes of European invaders to this deep and subtle continent. Writing about late nineteenth-century visions of Australia, the historian Alan Atkinson has argued that settlers were assembling a ‘jigsaw for a continent,’ striving to arrange a workable national assemblage out of a series of disparate fragments. The same people who thought of Australia in this manner were also deeply moved by the early sound recordings that I used to make this album. Both are modern attitudes. This way of relating to place erases as much as it creates. We still live with the consequences of both this land management regime and the way of seeing and being in place that was its correlate.

There are other and deeper ways of relating to fire in this landscape, such as the Aboriginal practices that have sustained a fruitful and respectful relationship with country for tens of thousands of years. Historians and community members have long recognised that, rather than a jagged jigsaw, Aboriginal land management can be much better understood in more integrative, holistic and intimate terms. We would do well to learn from Aboriginal Elders in living more closely with our environment.

In a little over two hundred years, capitalism, industrialisation and colonialism have reduced Australia to an ash pit. By listening closely to marginalised voices, can we reassemble something better from the charred jigsaw pieces?

The album art was the starting point for this project. It is a close-up photography of a family campfire. It was taken by me at age 12 at Springbrook, in the Gold Coast hinterland of Queensland. This rainforest burned last year. Looking at a fire this close, the flames seem congeal and disaggregate into bars, lines, data. Sampling, slowing, granulating early cylinder recordings has the same effect on audio — strange ambiences, rumbles and noises arise from the syrupy surface.

The title of this record is taken from philosopher Timothy Morton's recent BBC Radio 4 series on the psychological impacts of the anthropocene. Many thanks are due to Bridget Chappell for discussions about the ethics and ambiguities of recording environmental sound on stolen Aboriginal land. Thanks also to Rohan Lloyd for showing me North Queensland, and for years of friendship and discussion. Thanks to Jennifer Bismire for helping me with field recording on Mt. Tamborine. Thanks to James Eyre Walker, Matt Burton, Tamara Brophy, Hannah Coleman and Martin and Terese Reese for encouragement and feedback.

Jigsaw for a Continent