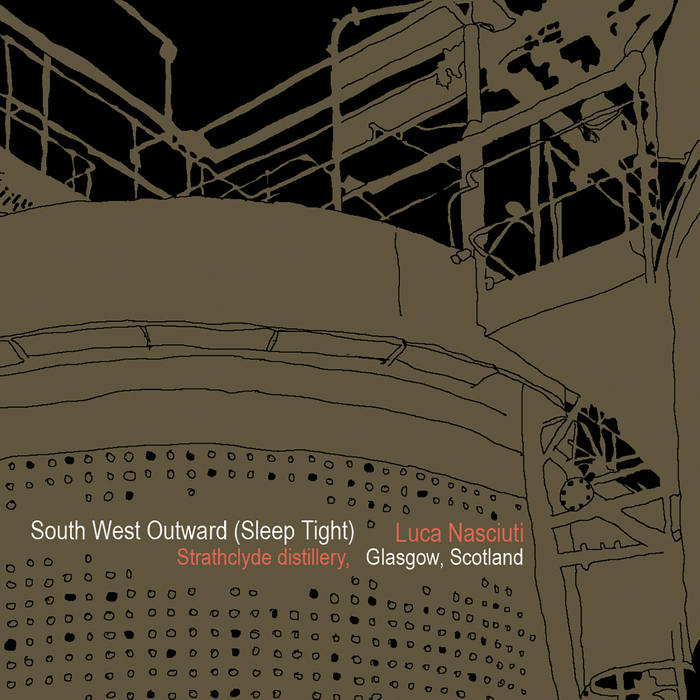 About the piece:
The sound of Glasgow’s Strathclyde distillery has been used as a
way of exploring the unique smell that pervades the area day and
night. I live near the distillery and the smell gives a unique identity
to the area which is particularly influenced by the direction of the
wind. Normally the wind blows north-east but occasionally the
current drives south-west and in these moments the smell gets into
my flat.The site recording is very mechanical; a massive air
conditioning fan, water sprays and other machinery. But interestingly,
on the day of recording an open air rehearsal for the World Pipe
Championship took place just across the river and this leaked into
the soundscape. I decided to feature the bagpipes as a stereotypical
reminder of place, almost a joke – the distillery itself is another
reminder of a national identity shaped around tourism.
But what I was interested in exploring was the air, the current:
the slow invasive power of the smell that is so much part of the
landscape in the east of the city.
Luca Nasciuti, Glasgow, Scotland
For the Tiny Portraits online map visit: flamingpines.com