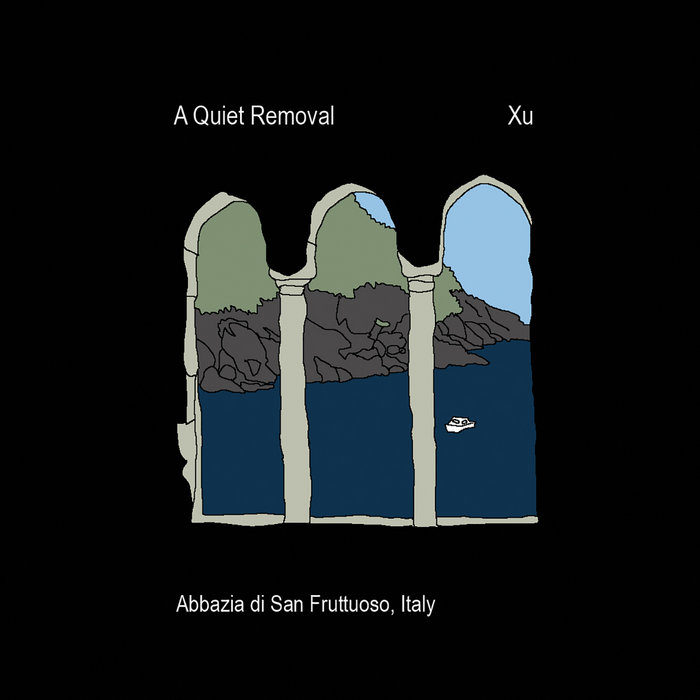 From familiar places of comfort to which we return over and over, to singular adventures to totally new regions, this edition of Tiny Portraits examines what it means to visit.

Cody Yantis visits friends in his home state of Colorado, Italian Xu returns with his family to a favoured holiday spot in Italy, Ulf A. S. Holbrook, a Norwegian, is a tourist in Croatia, Jim Haynes leaves the USA to take on an artist residency in Estonia.

All have produced pieces reflecting on these many different ways we visit, and the ways sounds both familiar and unfamiliar shape these experiences of difference and renewal.
---------

Every once in a while - during these last few years - I get to stay a few days in Liguria, a region that I love very much, during holidays or times when I do not have to work (I work as a graphic designer in Cremona, the city where I was born and live). Near the house where we stay there is an impressive place called San Fruttuoso Abbey (very close to Camogli and Portofino), which as well as being the residence of the Doria and a catholic Abbey, was also a hideout for pirates!
The place is still reachable only by boat or through a long path in the woods, but I must say that to swim in the sea of that small harbour really worth it!
I visited this place at least three times, and the thing that has always struck me, even more than the beautiful sea, is the atmosphere of the inside of the abbey (I’m not a Christian then is not a religious issue), especially if visited in a season where there are no tourists or bathers outside.
On one of these occasions I had bought the umpteenth music box from a vendor outside the church (since I incorporate them very often within my music I'm always looking for a new one).
Then, once we were on the balconies of the abbey, my oldest (at that time four years old) daughter Viola began to play the music box very slowly and it felt so good that, in the absence of professional equipment, I began to record everything with my iphone.
Once back home I arranged this raw recordings in a sampler and I used that as a starting point for a series of improvisations with the simple aid of looper + ring mod + fuzz pedals.
Nicola Fornasari, Cremona, Italy.
Mastered by Jason Corder.
www.flamingpines.com/tiny-portraits/?